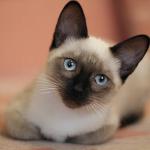 aka The Comic Maker

About my Rugrats Wikipedia

Welcome to the Rugrats Wikipedia. I'm Captain Tinkles. I've been working so good when I fix them. The users know me from the wikis. Since the early years I've been watching Rugrats on VHS when I was young, and then later I grew up. I hope you have fun.

Add a photo to this gallery
Retrieved from "https://rugrats.fandom.com/wiki/User:Captain_Tinkles?oldid=165572"
Community content is available under CC-BY-SA unless otherwise noted.