Paramount Animation is the animation studio division of Paramount Pictures a subsidary of Viacom. The division was founded in response to the success of Rango and DreamWorks Animation's departure from Paramount in 2012.

In July 2011, in the wake of critical and box office success of their animated feature, Rango and the departure of DreamWorks Animation upon completion of their distribution contract in 2012, Paramount announced the formation of a new division, devoted to the creation of animated productions. It marks Paramount's return to having its own animated division for the first time since 1967, when Paramount Cartoon Studios shut down (it was formerly Famous Studios until 1956).

In October 2011, Paramount named a former president of Walt Disney Feature Animation, David Stainton, president of Paramount Animation. In February 2012, Stainton resigned for personal reasons, with Paramount Film Group's president, Adam Goodman, stepping in to directly oversee the studio. It was also announced that The SpongeBob Movie: Sponge Out of Water, a standalone sequel to 2004's The SpongeBob SquarePants Movie and based upon the popular Nickelodeon TV show, SpongeBob SquarePants, is the studio's first film and was released on February 6, 2015.

n August 2012, in the same month that DreamWorks Animation confirmed that it will be working with 20th Century Fox as distributor beginning in 2013, Variety reported that Paramount Animation was in the process of starting development of several animated films with budgets of around US$100 million.

On May 2016, Paramount Pictures announced that they had signed a deal with UK-based Locksmith Animation to co-develop and co-produce a series of animated projects to be released under the Paramount Animation label (with animation produced by Double Negative). The following year, however, Paramount ended its deal with Locksmith when Paramount chairman and CEO Brad Grey was replaced by Jim Gianopulos, who decided that their projects did not fit in with Paramount’s other upcoming releases. Locksmith formed a multi-year production deal with 20th Century Fox four months later.

Similar to Warner Animation Group, Illumination Entertainment, and Sony Pictures Animation, Paramount Animation relies on other animation studios and VFX companies to provide the animation on their films, with the main studio only having about 10 employees working there. This includes Nickelodeon Animation Studio (The SpongeBob Movie: Sponge Out of Water, The SpongeBob Movie: It's a Wonderful Sponge), Mr. X and Moving Picture Company (Monster Trucks), Mikros Image (Sherlock Gnomes), and Ilion Animation Studios (Wonder Park).

Some films, such as Sonic the Hedgehog (Marza Animation Planet & Blur Studio), Luck (Skydance Media and Ilion Animation Studios), and Monster on the Hill (Reel FX Creative Studios) are created outside of Paramount Animation, although they will be released under the studio's label. 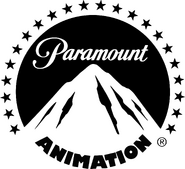 Add a photo to this gallery

Retrieved from "https://rugrats.fandom.com/wiki/Paramount_Animation?oldid=310260"
Community content is available under CC-BY-SA unless otherwise noted.