What's on your mind?

I was looking for an episode where Dill is mostly absent and is mentioned by Tommy that he gotten the flu but I forgot what episode\season he said it in.

I love crossover episodes and movies but I have one question:is Ghost Story even cannon to both series? I mean probably not since Ickis, Oblina and Krumm only appears in the babies story and not in the real world (I never seen AHH Real Monsters) I don't hate the crossover or anything but I rather see All Grown Up crossover with both Hey Arnold and Rocket Power, yes I know Rocket Power kidna did do a crossover with Rugrats but it was in a comic book with Otto, Reggie and Twister appearing at the Pickles house but i'm not sure if books are even cannon to the tv shows or movies they're based on. I seen The Wild ThornBerrys and it's crossover with Rugrats in Rugrats go Wild but that's pretty much it. Rugrats could also crossover with As Told By Ginger and The Loud House but that's just my opinion.

1.Dill:Kimi is back so he should be coming soon

2.Kira:Kimi is back so we should see her coming back soon too.

5.Taffy:we need the babies babysitter back.

6.Fluffy:how did Angelica not mention her?

7:Alisa, Buster and Edwin:where are Susie's sister and brothers?

8.Timmy, Todd, Teddy, Terry, TY and Colleen:we have not seen the McNulty since Wet\Dry story and where were they in All Grown Up?

9.Conan McNulty:we only saw him once I think.

11.Miriam:hey Boris and Minka are back so we should see Miriam return.

13.Superthing:hey Kimi, do you still got your toy?

14.Shirley and Marvin:wonder what they're up to in the reboot?

15.Melinda:ok maybe we don't want to relive Mother's Day but Chas could just mention her. wonder if Kimi and Kira knows what happen to Melinda. I mean Dill dose since he mentions her being dead in All Grown Up so they might know what happen.

Tommy is only absent in Cuffed, The Unfair Pair, Pickles vs. Pickles and Tell-Tale Cell Phone but I think he should have been in three of them (in a minor role or not) like in Cuffed and The Unfair Pair he could've been helping Chuckie and Angelica escape from the cuffs in Cuffed and in The Unfair Pair he could have had a cameo when Charlotte came to pick up Angelica and in Tell-Tale Cell Phone he could be eating at the table with the others without having to say anything I mean Kimi appear in The World According to Dil and Spike and she did not speak. Pickles Vs Pickles is the only one where I don´t think he would fit since it focus on Drew in his nightmare though the writers probably could not figure out how Tommy would fit in the other three episodes. 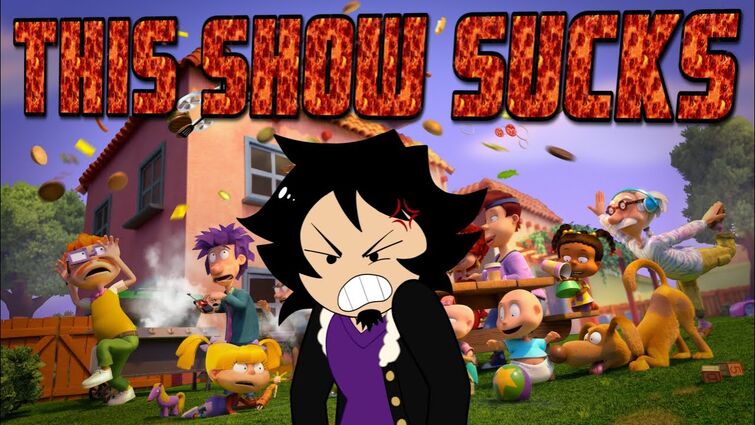 The Rugrats Reboot Is Going To SuckYouTube 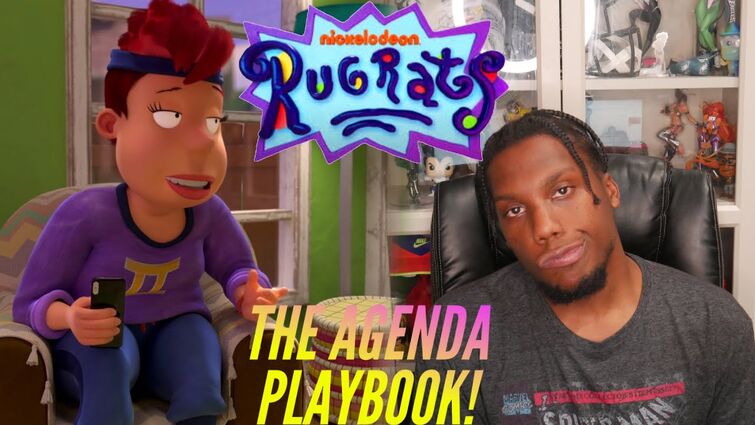 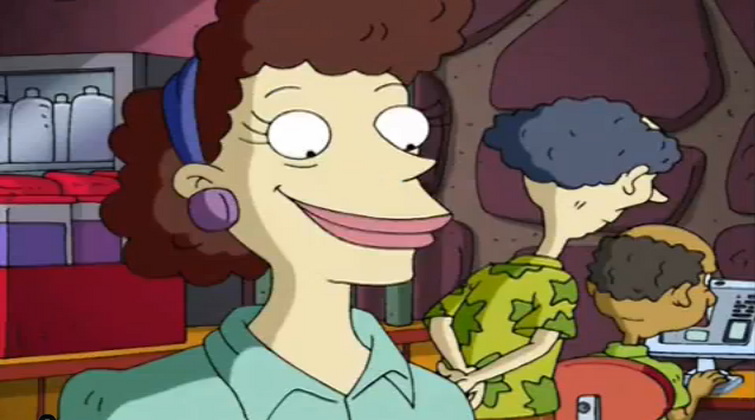 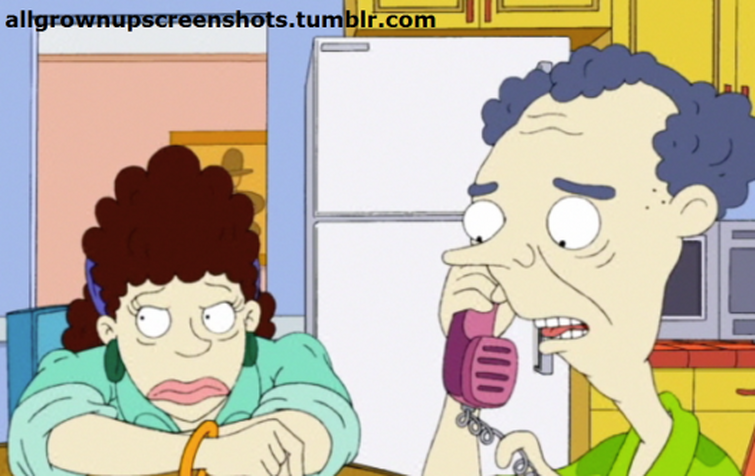 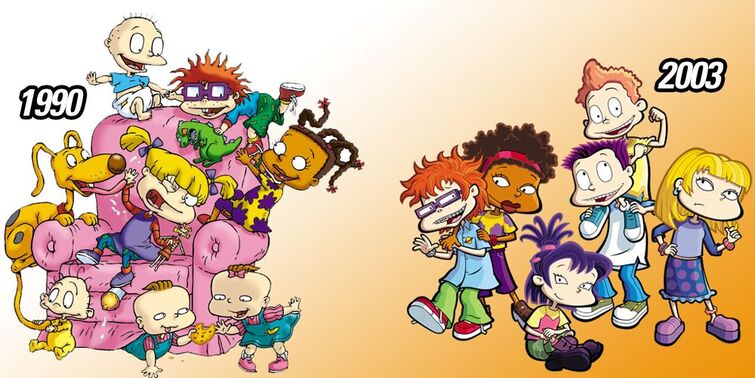 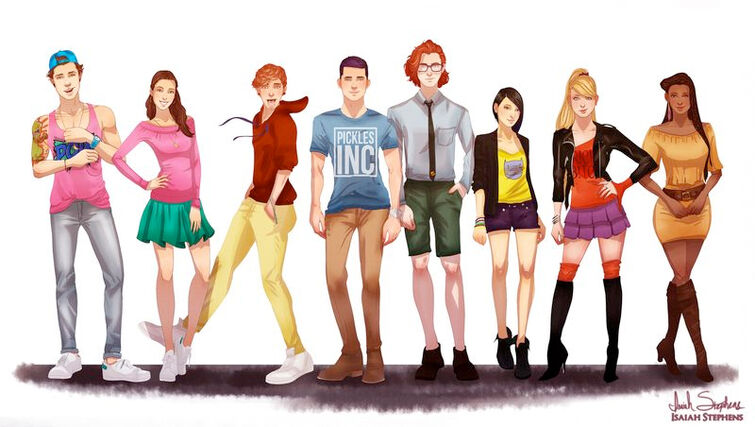 Plot: While Angelica is playing with her new mermaid cynthia doll in the tub, Charlotte tells her not to stay in the tub for too long otherwise she will turn into a her mermaid. Angelica gasps with excitement then tells Cynthia if she stays in the bath she will turn into a mermaid, Angelica hugs her cynthia doll then anxiously waits for her legs to start turning into a mermaid tail. Angelica closes her eyes (screen warbles as harp music plays) then once Angelica opens her eyes she sees she now has a full body colorful mermaid tail, she splashes as she giggles then looks around for her cynthia doll but can't seem to find her. then a mermaid the same size as her cynthia doll tells Angelica to play with her before going underwater, Angelica dunks her head and is magically transported to an underwater world where she is hailed as a Mermaid Queen and she would have the babies (as merpeople) do her bidding. Angelica hears her mother's voice, which wakes her up from her amazing dream. later once Charlotte tucks her in, Angelica asks, if she was a mermaid if she would love her, Charlotte smiles and says "yes sweetie" then Angelica falls asleep then has another dream where she and her mom are living in the Ocean as mermaids, and her dad is a whale due to Angelica using her powers on her dad for not letting her have a pet shark. ((the episode ends when angelica wakes up the next day)) 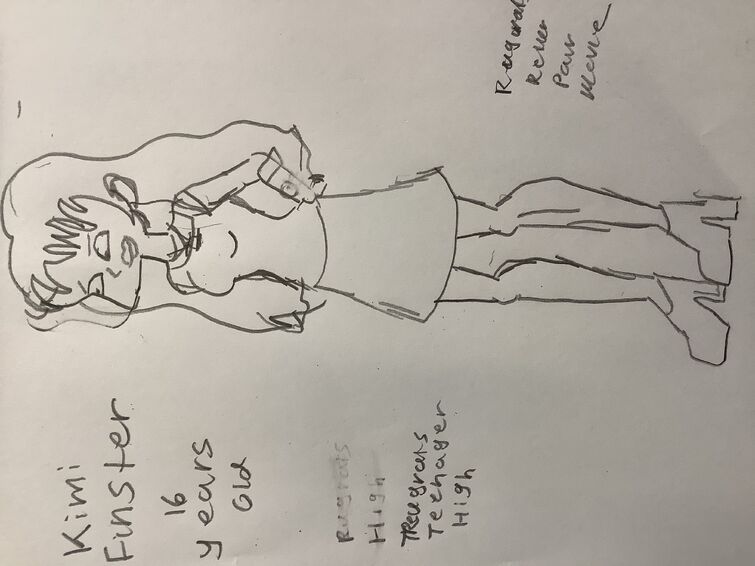 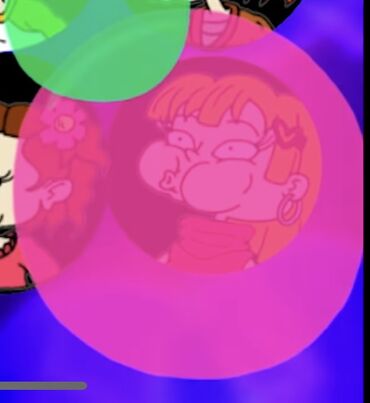 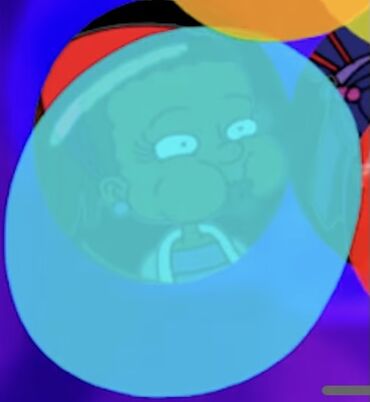 I am gonna list off what characters from Rugrats return in All Grown Up.

2.Chuckie (be weird without him)

3&4.Phil and Lil (my favorite twins beside Lana and Lola Loud)

5.Dill (no longer a baby, they grown up too fast)

6.Susie (a main character for the rest of the franchise)

7.Angelica (she's not as mean to the kids like she was when she was 3)

9.Stu (I don't think he built stuff as much anymore)

11.Charlotte (she sadly lost her job)

14.Lou (he is a awesome grandpa, but i think Grandpa Phil from Hey Aornld is better)

15.Randy (still a father but retired)

17.Edwin (still the smart one)

19.Buster (he is more mature than he was in Rugrats)

24.Fulfy (I think she only made a cameo)

I wonder why the three had not made an appearances in the reboot and they had not been mentioned yet. I hope they appear later on in the first season or in season 2 (along with Dill, Kimi and Kira)